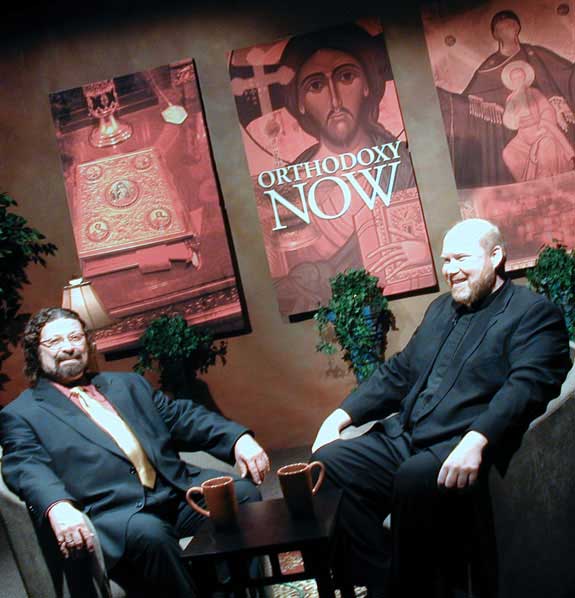 The program premiered on September 18, 2006 on Christian Associates (Channel 95) in the City of Pittsburgh and on Comcast ON DEMAND. Since then, the program has presented thoughful discussions on a wide range of topics of interest to Orthodox Christians, those exploring the Orthodox faith and others.

Kweilin Nassar and John Righetti serve as the program's hosts and interviewers. Father John Abdalah, dean of St. George Orthodox Cathedral in Pittsburgh, also serves as a host and interviewer and is often interviewed himself.

Programs are also available on Comcast ON DEMAND each Monday and a selection of them are available on this web site.

In addition to the hosts, the program is made possible through the involvement of numerous volunteers from churches across the Pittsburgh area. They include Rod Agras, Donna Albert, Sophie Farah, Clement Ferguson, John Fries, Chip Kelsch, John Newell, William Mitas, John Ritter, Jim Statheas, John Trax, Susan Vilushis, Louis Vlahos, George Yamalis, and many others.